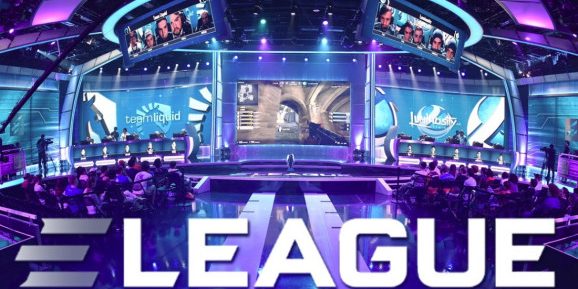 Turner Sports (TS) is a Warner Media Company that is responsible for sports media, branded news, entertainment, and since March 2018, video streaming services. In August 2012, they purchased the sports news website Bleacher Report for an estimated $200 million. Their content broadcasts on Turner channels, which you may know as TNT, TBS, TruTV, and CNN en Espanol.

Today, Turner Sports owns their own professional esports league, ELEAGUE. ELEAGUE is starting to take over, and not just on the subject of online streaming and tournaments. Turner Sports could be on the cusp of becoming mainstream. Turner’s road to mainstream began while transforming Friday nights into esports night. Digiday says, their focus was centered around “Counter-Strike: Global Offensive.” where Turner hosted two tournaments followed by a three-hour live broadcast on TBS and programming on Twitch and other platforms. Now, TBS airs one hour of Eleague broadcast on Friday nights. If a major tournament is taking place that week, it will then focus on behind-the-scenes footage.

Two years in and the already successful company has drawn more than nine million young viewers to TBS. These numbers could be a starting point for esports becoming mainstream. Craig Barry, the executive vice president and chief of content officer at Turner, talked to VentureBeat about fulfilling his obligations to mainstream fans as well as online streamers. He referred to them as casual esports fans and hardcore fans.

“This is a native digital platform, but because of this philosophy of straddling sports and pop culture, we have an obligation to the hardcore fan — whether that’s an NBA fan or the esports fan — but we also have an obligation to the casual fan. Making sure we’re fulfilling that obligation.” Barry explained the process of Turner pleasing both audiences by deciding which platform receives certain information. He added, “As a native digital property, we’ll stream the tournament on Twitch, and it will be what they expect, with a high production value and hopefully good narrative. But on TBS, we may teach you how to play. We may teach you how to watch. We’ll wrap that around the competition. But it will be more narrative driven, hoping that the more casual fan — who’s intimidated by a digital platform, who doesn’t understand Twitch, who just wants to dip their toe in esports — has a platform or a portal to walk through.”

Does Eleague Get Enough Attention To Attract Advertisers?

Though Turner is progressing well, not every advertiser is on board with esports. “Esports as a whole is not mainstream enough for most advertisers, which need to improve their understanding and comfort level with it,” said Josh Spiegelman, managing director for Spotlight, Mindshare North America’s sports and entertainment practice. For the advertisers who are interested, Eleague has tripled the number of sponsors for its broadcasts over the past year, Turner Sports said. “They provide a combination of digital and linear distribution, sophisticated production, access to talent and sponsor opportunities across a range of games that appeal to different audiences,” Spiegelman added. For now, Turner focuses on sponsorships. Barry understands that profitability will take time. He said, “It took the NBA 40 years. It took the NFL 40 years to get to a place of true profitability around media content creation and distribution.” We’re looking forward to the future.